The Local History Room at the McLaughlin branch contains unique resources to preserve Oshawa's history and foster public awareness of the city’s rich history and traditions.

The Local History Room is open for research Monday to Friday from 2-5pm or by appointment.

Contact us for assistance or to book an appointment to visit.

City directories contain a wealth of information for genealogists, researchers, and everyday history enthusiasts. They tell the story of our past by including names and information about Oshawa residents and businesses through the years.

1922 Directory not in collection

1925 Directory not in collection

1927 Directory not in collection

1962 Directory not in collection

1967 Directory not in collection

1972 Directory not in collection

1975 Directory not in collection

1976 Directory not in collection

1985 Directory not in collection

Fill in our online research request form and our Local History Librarian will be in touch! 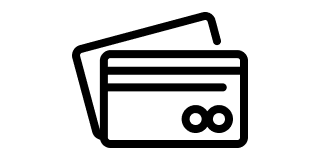 Get a Library Card

Get access to all the great resources the library has to offer!

OPL hosts monthly local history programs on a variety of topics. Missed one you were interested in? Watch the recordings of our History Spotlight programs below!

Oshawa Then and Now, Part 2

Take a walk down memory lane as we explore how Oshawa has changed over the years. We’ll be viewing images from the city’s past and comparing them to the same locations today.

Author Ron Brown, The Train Doesn't Stop Here Anymore, will revisit the times when railways were the country's economic lifeline, and the station was the social centre. Although most have vanished, Mr. Brown’s talk celebrates the survival of that heritage in stations which have been saved.

The HMS Speedy sank during a snowstorm on Lake Ontario on 8 October 1804. Author Dan Buchanan, “The History Guy” will be joining us to talk about his new book, The Wreck of HMS Speedy: The Tragedy That Shook Upper Canada.

It’s been 100 years since the opening of Oshawa’s Lakeview Park. To mark this milestone, we’ll be highlighting Oshawa during this pivotal decade which saw the town become a city. We’ll explore the people, businesses, industries and buildings that shaped our city.

Oshawa was home to many downtown theatres in its past, where people enjoyed plays, concerts, musical theatre, and movies. Explore the history of these theatres including the Regent, the Marks, the Odeon, and the Borsberry Music Hall from the days of Vaudeville until the mid-1980s. Presented by the Oshawa Museum.

Old photographs hold many clues to the past. With the help of modern technology, examine photos from the Oshawa Museum’s collection to discover the untold stories they tell. In partnership with the Oshawa Museum.

Take a walk down memory lane as we explore how Oshawa has changed over the years. We’ll be viewing images from the city’s past and comparing them to the same locations today.

Join the ever-popular past OPL Writer-in-Residence and bestselling author of historical fiction Jennifer Robson. The author will discuss her new release, Our Darkest Night.

When was your house built? Who built your house? And who lived here before? Join us to learn what resources and tools you can use to answer some of these common questions.

Amanda Robinson, from the Faculty of Social Science and Humanities at Ontario Tech University, believes the myth of ‘dirty Oshawa’ relates to a time when mills, tanneries, foundries and factories operated near the banks of the creek in the late 1800s and early 1900s. This presentation will focus on the social and environmental effects this industrialization had on the surrounding community.

Oshawa has some shady stories in its history, from murders and duels to robberies and arson. Find out about our dark past with historian Alicia Bertrand.

Oshawa Museum staff will share research illustrating how devastating the flu pandemic was in Oshawa, including a look at how many influenza victims were buried in Oshawa’s Union Cemetery and a glimpse into their family history. Presented by Laura Suchan, Executive Director, and Melissa Cole, Curator.

Learn about the events leading up to the establishment of the Royal Canadian Legion and the founding of Branch 43 in Oshawa. Bob Ross, Branch Historian, and Cliff Grenfell of the Western Front Association will highlight their ongoing research into the people involved in the founding of the branch.